Having lived in Las Vegas for quite a few months. The harbinger, Spring break, has finally arrived calling for a change. This break we have planned to visit Los Angeles in California.

Venues selected to make a trip :

The pick of the spot was undoubtedly Universal Studios.


We opted to book a hotel in Inglewood California . Although an hour drive to Hollywood it suited us simply because it was cheap. However, the location failed to catch our attention because the place looked rustic full of people with shabby clothes. I did not expect the first impression of California to be this. However, we were hopeful that things would be far better the next day at Universal Studios. To my surprise at inglewood restaurants were all shut down by 10 o'clock. The next day we took a bus to Hollywood. We could at least thank GPS in our cell phones without which we could have been in trouble locating bus stations and our destination. Universal studios was simply awesome. We had a lot of fun. The place was an inspiration to people who admire science. I simply loved the virtual reality of Simpsons ride. King Kong 3D and Jurassic park were also awesome. I don't get enough words admiring people who have made this amazing place for entertainment. All of us got a chill in our spines when we fell vertically down in the Jurassic park fall more than 100 ft high. Although I was expecting Revenge of the Mummy to be an outdoor Roller Coaster, It was not. It was a speedy indoor roller coaster. It was fun considering Umang who had kept his eyes shut throughout.

After Universal studios, the next day we went to santa monica beach. It was also a very good experience for all of us. Considering whatever fun we had in these two days, I wished my country Nepal although naturally rich  had some places like Universal Studios.


Returned back to Las Vegas after an exciting two days trip in LA. 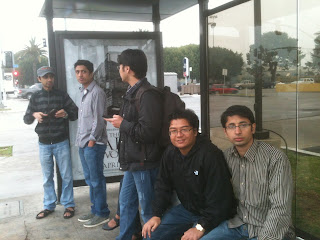 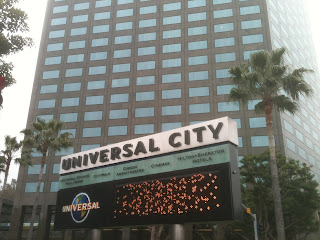 Posted by Unknown at 11:19 PM No comments: Links to this post

My Travel directory : Places I have been to

Traveling is fun. Most of the people like to travel and I am a no objection to this. I have started this post so that I could write down the places I have visited. Few decades after, I think this article would be the one I shall cherish the most.

Although, traveling has been my passion, I haven't had the opportunity till date to travel to many parts of the world that has remained in my mind as dreams.  When I was a child, I regret I was unable to do any traveling at all. I was born in a city called Biratnagar in Nepal and I did not even go to other city until I was 10 years of age when I made my debut of traveling to a different city called Dharan in Nepal. Kathmandu the capital city of Nepal was on the lucky cards when I got a chance to witness her when I was studying in class seven. My cousins marriage was the auspicious occasion why I made that trip. I still remember catching a black Tampu in kalanki [ The Tampu I regret has perished from the history ] upto Baneshwor.

So, Here I am at Kathmandu. It was really fun and as a 11 year old boy, I enjoyed each and every moment I witnessed there. I still remember those days as clear as a crystal. So, my travel history thus started. I went to eastern part of Nepal Jhapa to attend my mama's wedding during same time. Now was the time I had to make some serious travel. I went to Japan in 2008 when I was 23 years of age. The midway destination to japan was Incheon Korea, the transit place for my destination.This was my first international travel. While in Japan I lived in Wakkanai, Hokkaido but also traveled to Rumoi, Soya Misaki, Sapporo and Tokyo. I returned back to Nepal on 2009 but was lucky again to step in Hongkong on the way.

Although I have been to India, I don't want to include it as my international travel because India was too close to my city. We used to go to an Indian town called Gojbani in bicycle when we were children's.

Here I am back to Nepal. Although two years from now, I would not make any international travel but I did make some wonderful travels in Nepal while working in D2Hawkeye Services Pvt Ltd. I went to Chitwan, Dhulikhel, Pokhara, KavrePalanchowk, SindhuPalchowk. I also did my first Bungy jump during this time above the Bhotekoshi river. Now, on January 9 2012, I am at Tribhuwan International airport KTM waiting for Qatar airways flight to Doha Qatar. I am on my way to United States, the country I had dreamt of going to. Doha airport was fun as there were many Nepali workers there. Seemed like a mini Nepal to me. The next transit being one of my favorite countries Germany. This is another country I really dream of exploring. I stepped in Frankfurt but could not explore its history.

From Germany, I took a flight of Delta Airlines to United States. Michigan was officially the first state in USA that I stepped on. So here starts the states count. I shall try to preserve the states and city I have been to in United states.

The following C++ program calculates the the number of digits in a given integer and the sum of all digits of an integer.

Output of the given program :-
Enter the number : 123
The sum of the integer numbers : 6

Alternative program to calculate number of digits in an number :-


Program to reverse the digits in the given number. For eg :- if given number is 123 then the reversed value should be 321

Benchmarks in Java program : Time it took to calculate number of digits in a number with log approach and with while loop approach.


The benchmark with Java program suggests that while loop approach of dividing the number by 10 each time gives a better response than using the inbuilt logarithmic and absolute functions.

See More :-
Game Of Pigs in C++
swapping two numbers without using the third one
Posted by Unknown at 5:25 PM No comments: Links to this post